Share a memory
Obituary & Services
Tribute Wall
Read more about the life story of Clayton and share your memory.

Memorial Services for Clayton A. “Kay” Curtis, age 91, of Norfolk, will be 11:00 a.m., Friday, January 13, 2023 at St. John’s Lutheran Church in Norfolk.  Reverend Randy Rasmussen will officiate. Inurnment will be in Hillcrest Memorial Park Cemetery.  Military Honors conducted by the Army National Guard Honor Guard, VFW Post 1644 and American Legion Post 16.  Visitation with family will be 4:00 p.m. to 6:00 p.m., Thursday, at the Home for Funerals Chapel, 708 Georgia Avenue.  The Service will be livestreamed on the funeral home’s website. Home for Funerals is in charge of arrangements.

He passed away Tuesday, January 10, 2023 at the Heritage of Bel Air in Norfolk.

Clayton Andrew was born March 23, 1931 in Laurel, Nebraska to Frank and Janet (Davis) Curtis.  He graduated from Laurel High School.  Following graduation, he earned a football scholarship and attended the University of Nebraska in Lincoln.  Kay earned his degree in Education.

During his time in college, Kay participated in ROTC and joined the United States Army following graduation.  He was discharged as a First Lieutenant.

In the summer of 1952, Clayton married Ellen Urwiler at Immanuel Lutheran Church in Coleridge.  The couple was blessed with two sons, Doug and Robert.  Early on, the family moved around with Kay’s military career and teaching positions.  In 1963, the family settled in Norfolk.  Over the years, Kay worked for State Farm, the Sales Barn, and Wells Fargo.

Kay was preceded in death by his parents, wife Ellen, brother Charlie Curtis, and step-brothers Harley and Glenn Curtis. 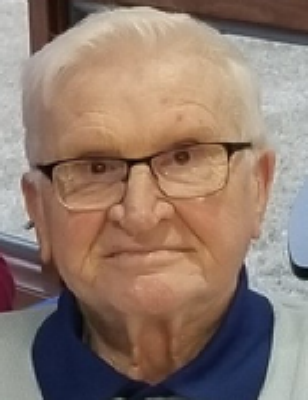