Share a memory
Obituary & Services
Tribute Wall
Read more about the life story of Paul and share your memory.

Memorial Mass for Paul A. Hughes, age 71, of Norfolk, will be 10:30 a.m., Tuesday, January 10, 2023 at St. Mary’s Catholic Church, 2300 Madison Avenue, Norfolk, NE with a luncheon to follow at the Parish Hall.  Reverend Patrick McLaughlin will be the celebrant.  Visitation with family will be Monday, January 9, 2023 from 5:00 p.m. to 7:00 p.m., at the Home for Funerals Chapel, 708 Georgia Avenue, Norfolk. NE.  Graveside Services will be private.  The Memorial Mass will be livestreamed on the funeral home’s website.  Home for Funerals is in charge of arrangements.

Paul was born in Grand Island, Nebraska to Dale and Patricia Hughes.  He grew up with 9 brothers and sisters.  He graduated from Norfolk Catholic High School in 1969.  He married Becky Hughes in 1970.  Paul started his career as a financial advisor and then later founded Hughes Financial Group in 1972.  Paul was very active and involved in his community, serving on multiple boards and supporting countless organizations and charities.  He served as the President of Make-A-Wish Nebraska and will be inducted into the Norfolk Catholic High School Hall of Fame in April of 2023 in honor of his decades of support and contributions.

Paul was a proud husband to Becky.  He was a loving and dependable father and grandfather to his three kids and he adored his four grandchildren.  He enjoyed spending his time with his family most, and making time to attend any event his grandchildren participated in.

Paul was preceded in death by his father and his brother Phillip.

In lieu of flowers, Paul’s request is to provide support to the Make-A-Wish Foundation or the Norfolk Catholic Schools Foundation. 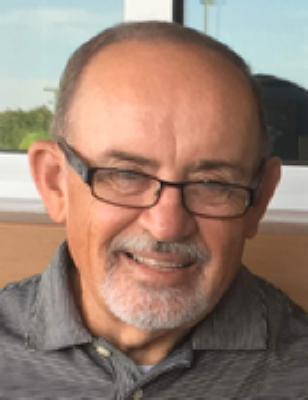